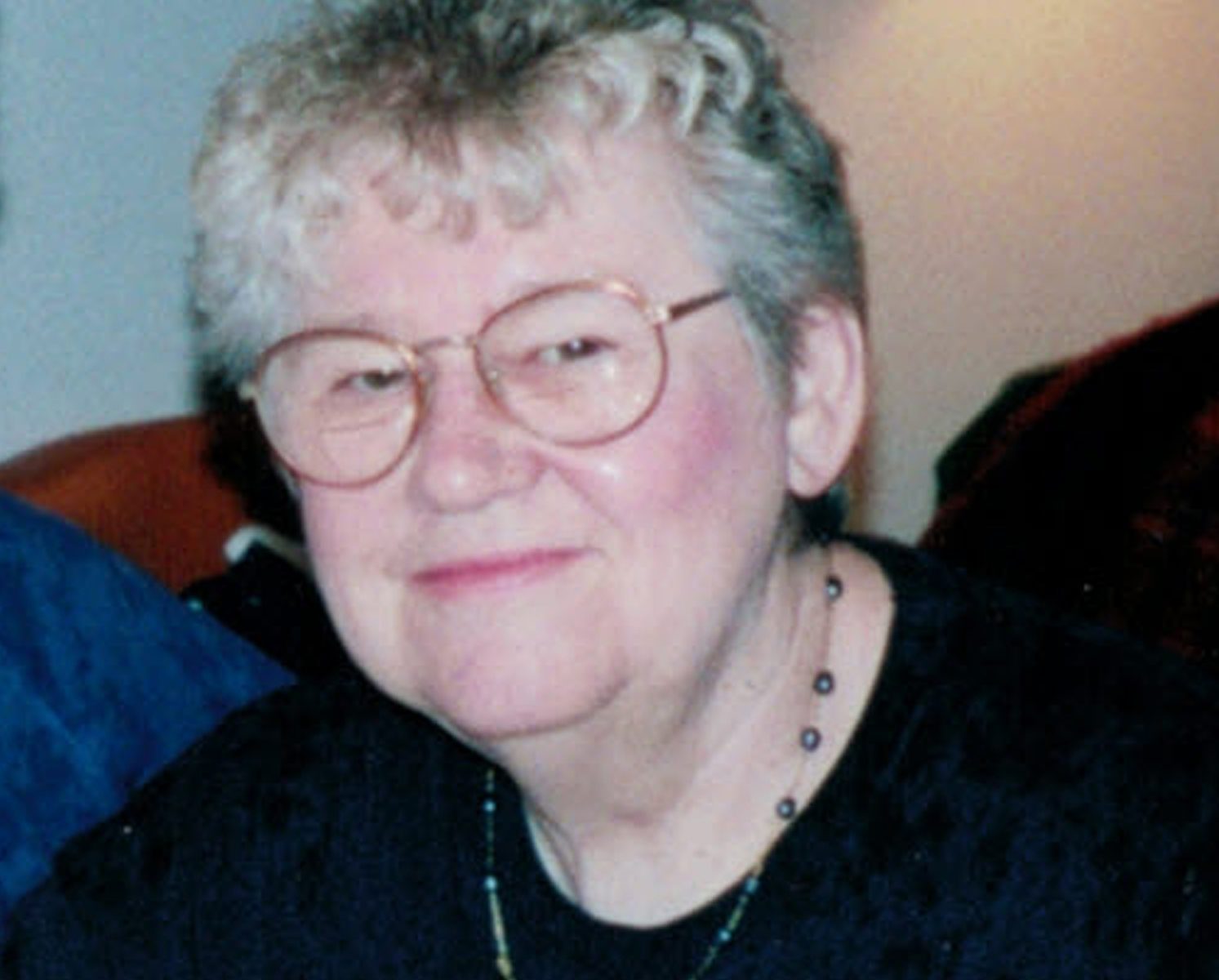 For many years this was a question heard by the children at Crystal Lawns Church of the Nazarene. The lady passing out the gum was known by several names. Some children (and a few adults who shall remain anonymous, like Gina) called her Grandma. Others, who were more formal, called her Mrs. Smith. I called her Mrs. Smith for years just to tease her, but most people called her Auntie Doris. She always referred to me as ‘her son’ and she was like a second mom to me. Sheila and I lived in the apartment over their garage when we were a lot younger.

Ron and Doris Smith were charter members of our church, and I can remember Doris introducing me to Gary and Tim. Our families became good friends and would often picnic together. The Smiths opened their home to the youth group from church. Those were the ‘dates’ I would take Sheila on. To share a secret, I was sitting in my car in their driveway with Sheila after one of those youth group meeting and said those three magic words. Yep! That’s where I first said ‘I love you.’ She probably doesn’t remember it. FYI this was before we were married and living above the garage.

Ron passed away many years ago, and this past week Doris…

Well, you get the picture. I wish there was a way to show you how difficult it was to find the words to write, and i will never admit to getting choked up while attempting to put some meaningful words on paper. (I mean the computer.).

A couple of weeks ago I was on the platform playing the drums with the worship team and glanced out at the congregation. My eyes wandered to the place were Doris always sat. There was an empty space in the pew. I almost lost it because I knew I would never see her sitting there again. I managed to keep the beat and no one saw the tears in my eyes.

In my Emmy Series, I use my church as the basis for the fictional Crest Ridge United Nazarene Church. I have changed the names of the characters who attend to protect their privacy. Though it’s pretty easy to tell who some of them are. I didn’t change the name of two characters. Ron and Doris Smith. I’ve also used the garage apartment where Sheila and I lived as a setting in the early books. My Emmy character lived there for a time. Below are some of the scenes from the Emmy books that include Aunt Doris.

“Your husband?” Emmy turned to Paul and smiled. “You didn’t tell me Lynette was your wife.”

“I am sorry for that bit of deception, but I wanted to surprise both of you. Please forgive me.” He grinned like a Cheshire cat. “Lynette, do you want me to see if Aunt Doris can step in and take over the class for you? I think Emmy would like to talk to you privately.”

“Why don’t you come with me to my class, and you can help me with the kids?”

Emmy followed Lynette back to the classroom full of children.

“Aunt Doris, this is my friend Emmy. She is a new believer.”

“Hello, Emmy, I’m not really her aunt, but everyone around here calls me Aunt Doris. You can call me that, too, if you want. Would you like a piece of gum, dear?”

As Emmy and Kenny headed toward an exit, he saw Mr. Cartwright and his wife again. He wondered what he must think as he saw him with Emmy. He didn’t have a chance to talk to him though as some of the teenagers surrounded him. He took time to talk to them and felt embarrassed as he signed a few autographs. Most of the crowd had left by the time Kenny and Emmy finally were able to get away. They saw Pastor Ausland as he talked to the church treasurer, Ron Smith, and his wife, who Emmy knew as Aunt Doris.

“Who is that?” Christopher asked Emmy.

“Mr. Smith. He’s the church treasurer. He and Aunt Doris have been members since the very beginning.”

“Aunt Doris?” Christopher looked puzzled as he tilted his head.

Doris Smith rose to her feet. “I would like to say something if I may.”

Tyler nodded. “You may.”

“Ron and I have been members of this church from the beginning…” She began.

Liz grabbed her wireless mic and hurried down the steps and over to the spot where Ron and Doris always sat.

“You should use this, Auntie Dorie, so everyone can hear you.” Liz handed Doris the mic.

“I don’t know how to use this, honey.” She looked at the microphone as if it were alive and might attack her.

Liz grinned and said, “You hold it up and talk into it. It won’t bite you.”

“Thank you, sweetie.” Doris tried to remember where she left off but couldn’t, so she started again.

Doris stopped and one of the other ladies stood up.

It’s been a habit of mine to close up the church after Sunday’s service. Invariably, there would be a few people socializing well after church had ended. I would wait patiently until they finished, but every once in a while I would nudge them along. I would say “Church is over now, Doris. It’s time to go home.” She would laugh at me and tell me to behave.

Today as Pastor Tyler and I were getting ready to leave, I thought about what I would often say to Doris. I was tempted to utter those words again, but I didn’t want Pastor Tyler to think I was goofy. Well, any goofier than I am.

I’m not sure what it’s like in heaven, but I do know this.

Doris, you can stay for all eternity. No one is going to tell you to leave. Oh, and I would like a piece of Juicy Fruit when I get there.