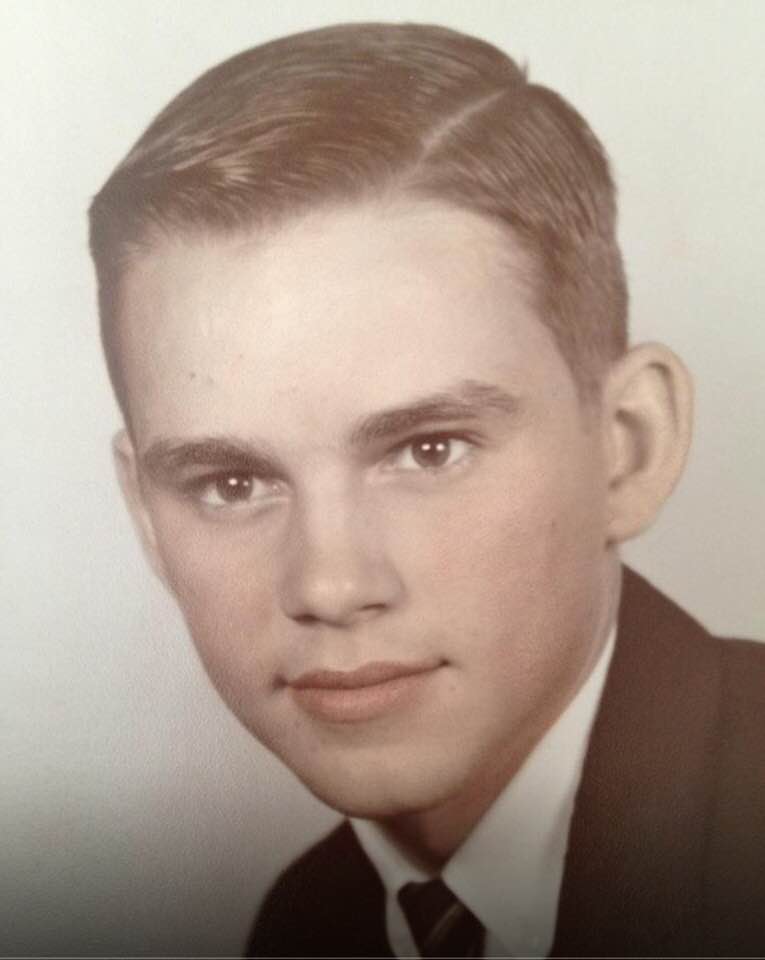 Fifty years ago I was starting my senior year of high school when the phone rang. I don’t remember the exact time, or who took the call, but I remember the news it brought. Kevin Ambuehl was gone. He was seventeen and had perished in a drowning accident. I was seventeen, too, and could not fully understand the impact this could have on a family. I still don’t because I’ve never experienced it, and I pray I never do.

Kevin was my friend though we didn’t see each other as often as before. Our family had moved up north, as I called it, in 1963 leaving our little town in Marion County called Kinmundy. The Ambuehls lived on a farm north of town. I can remember how to get there, but the old farmhouse is gone which means the old barn is gone, too. I remember the basketball hoop on the barn and how we would play on the dirt court. It was far enough from Kinmundy that Kevin, and his siblings, attended the Farina schools. I remember his sister Janeen, but she was younger and friends with my sisters. I probably teased her if I spoke to her at all in those days. I don’t remember much about the funeral service other than it was in the gym at the LaGrove High School (now known as South Central.) All I know for sure is that I was there. I remember going out to the cemetery, but I don’t know if I talked to anyone. I wouldn’t have known what to say then, and I don’t now, either. My parents might have talked to LaVerne and Marcelline, Kevin’s parents because they were friends.

I don’t often get back down to Kinmundy or Farina, and I haven’t been to the Farina cemetery since that day. I might have to take a little trip just to visit old memories. Maybe I could drive past the site of the old farm and pause. If I listen hard enough, maybe I will hear the sound of a basketball bouncing in the dirt.

Janeen, I know you miss your older brother to this day. I miss him, too, and I think of him when I see my Kevin. I don’t remember the exact time I decided to name my son after your brother, but God gave me a son and we named him Kevin. Never thought about any other name. So, Kevin LaVerne Ambuehl, if there’s an old dirt basketball court in heaven, I want a rematch, and this time I’m gonna win.