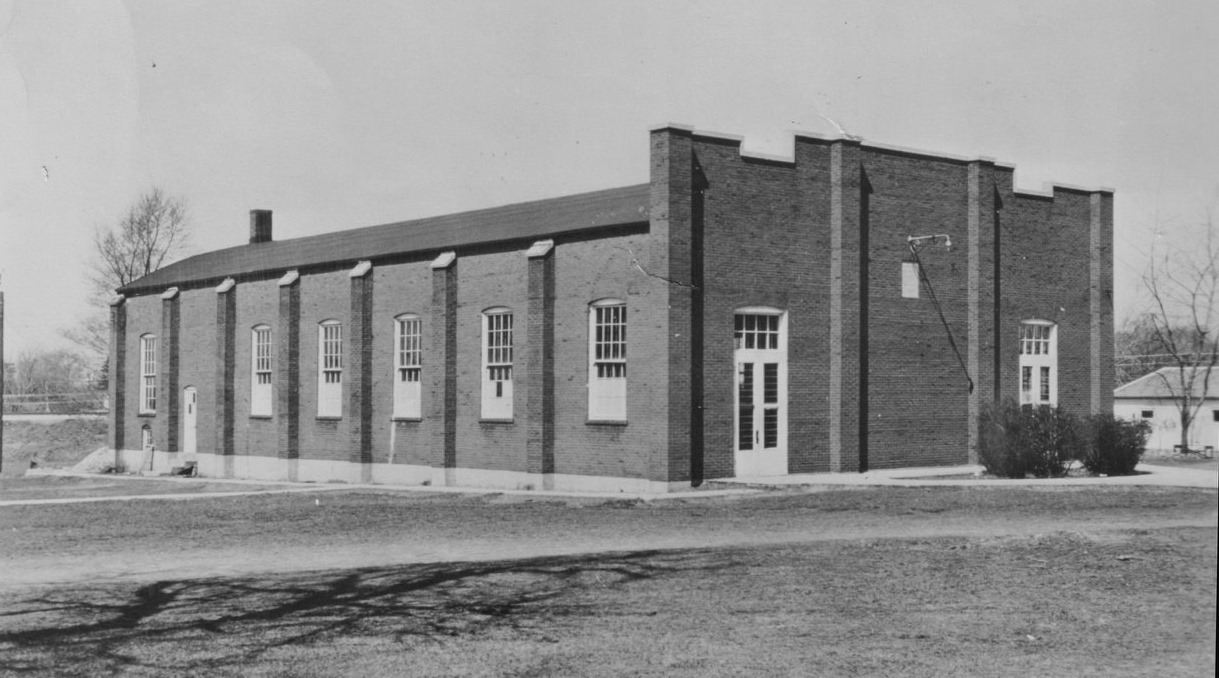 The building shown at the top of this blog was the original high school gymnasium in my hometown. According to the 1926 yearbook, it was built in 1924. Sounds about right. I wasn’t born yet, but that was the year my father was (born). In 1948 my father, and his twin brother, joined the faculty at Kinmundy High School. Uncle Bob moved on after one year, but Dad stayed until 1963.

In the middle 50s Dad became the junior high basketball coach. That meant there were times I got to hang out at the gym for practice. Probably to give Mom a break, since there were now two younger sisters in the family. I loved the old, dark gym. I loved hearing the squeak of sneakers on the polished wooden floor, and how the leather ball felt in my hands. I learned how to dribble with both hands because my father insisted. I probably wasn’t big enough to make a basket, but I kept trying. The old gym had atmosphere, and probably a unique smell. There were two, maybe three, rows of bleachers on each side, so watching a game there was rather intimate. You could almost reach out and touch the players. On the wall at one end was an old-fashioned scoreboard with an actual clock to keep time. I remember the horn was loud, and I would cover my ears when it reverberated through the gym. I think Dad coached some of the players from the ’58-’59 team that went through the season undefeated. Those guys were heroes to me, and I wanted to play basketball for the Hornets when I grew up.

One day at practice Dad sprained an ankle. I remember following as some of the players carried him down the stairs to the locker room. The locker room was located under the stage, and that was likely the first time I was in it. I’m sure it was damp, crowded and not any different from the locker rooms of similar gyms from the era, but this was Dad’s locker room. That made it special. I suppose Dad’s ankle wasn’t hurt too bad because I don’t remember him using crutches or anything.

People often remember their first kiss, first date, first concert… stuff like that. I remember my first trip to the locker room of the old gym.