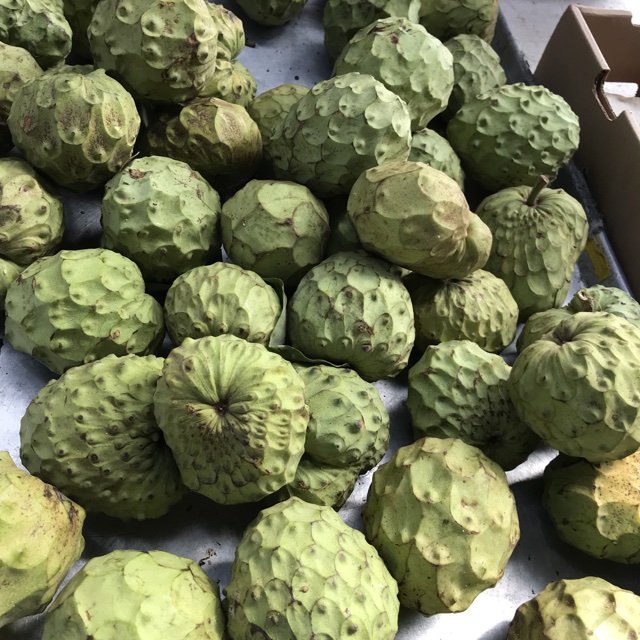 Since the proclamation in 2018 by members of the Altruistic Literary Society of New England as the most mellifluous word in the English language, the once rare, exotic fruit Cherimoya has climbed to the top of the charts not only in Trader Juan stores, but is now the most common name for baby girls. Over 40% of girls born in May of 2021 were given the name Cherimoya. Sales of Cherimoya across the world have increased by 376% and are expected to double in the next several hours.

Cherimoya growers around the globe have been working non-stop trying to keep up with demand. One Peruvian fruit grower from Teutopolis, North Dakota, told a local reporter that two years ago he mistakenly planted ten thousand seedlings thinking they were Bosc pear trees. He almost went bankrupt after discovering they were fast-growing Cherimoya trees. This year his business has increased astronomically. Thousands of new workers have been added to the payrolls of the major Cherimoya companies most of whom were once holders of political offices.

When interviewed by Seymour Zenger of the Pittsfield Herald-Gazette, Trader Juan employee, Danny Wrathernott, took time from taking out the trash to say, “I’ve been working here for ten days, and I’ve never seen anything like it.” He pointed to the alley behind the store. “I’ve unloaded fourteen trucks in the last few days, and they were loaded front to back and floor to ceiling with Cherimoya. I’d never heard of it until I read the article in the Altruistic Literary Society of New England’s newsletter.

“Have you ever tasted it?” Zenger asked while scribbling in his notebook.

Wrathernott shrugged and answered, “Please don’t tell my boss, but one fell off the truck last week, and while no one was looking, I stuffed it in my jacket. I took it home, and hid it under my mattress for two days.”

Wrathernott nervously looked around, waved for Zenger to follow him outside. Then he whispered, “Yeah, I tasted it.”

Zenger’s hand moved in a blur as he continued to scrawl in his notebook.

“How was it?” Zenger asked after another truck pulled out of the loading area.

“To be totally honest, I didn’t think much of it.” Wrathernott shrugged then added, “It was okay, but there wasn’t much of a taste to it. The texture was good, and I liked that.” Wrathernott waited until Zenger finished writing. “Don’t put this in your report, but after eating one, I had to have another. I snuck into the stockroom and grabbed two more. I ate one immediately and took the other one home for later. That was three days ago.”

Zenger looked into the eyes of Wrathernott. He noticed the glazed-over look and dilated pupils.

“Yesterday, I ate ten and it was just enough to keep me from having the shakes.” Wrathernott stuffed his hands in his pockets. “I don’t know what to do. Today is payday. I got my check and on my morning break, I sprinted down the block to that sleazy check cashing place and cashed it. On my lunch hour I headed to the Trader Juan store on the other side of town. I didn’t want anyone I work with to know what I was doing. I spent my entire paycheck on Cherimoya, and now there’s nothing left for McDonald’s. I’ve thought about selling my car, and I did take $60 out of my grandmother’s purse, but it won’t be enough…”

“Tonight on the show we have the winner of the Herb Kovolakos Award for outstanding journalism, Seymour Zenger.” Philip G. Meyer, host of CNNN’s nightly news show Nothing But The Straight Truth turned to camera two, smiled and added, “In case you’ve been living in a cave for the last week, Mr. Zenger is the journalist who broke the story of the century last night. The growing Cherimoya addiction among part-time employees of Trader Juan stores worldwide…”

Dr. Annona smiled at the first-time mother, who was shaking violently, and said, “You have a beautiful baby girl. Do you have a name picked out?”

The proud father grinned and said, “We’re going to call her Cherimoya.” He smiled at his wife and slipped her half of the Cherimoya he pulled from his pocket.