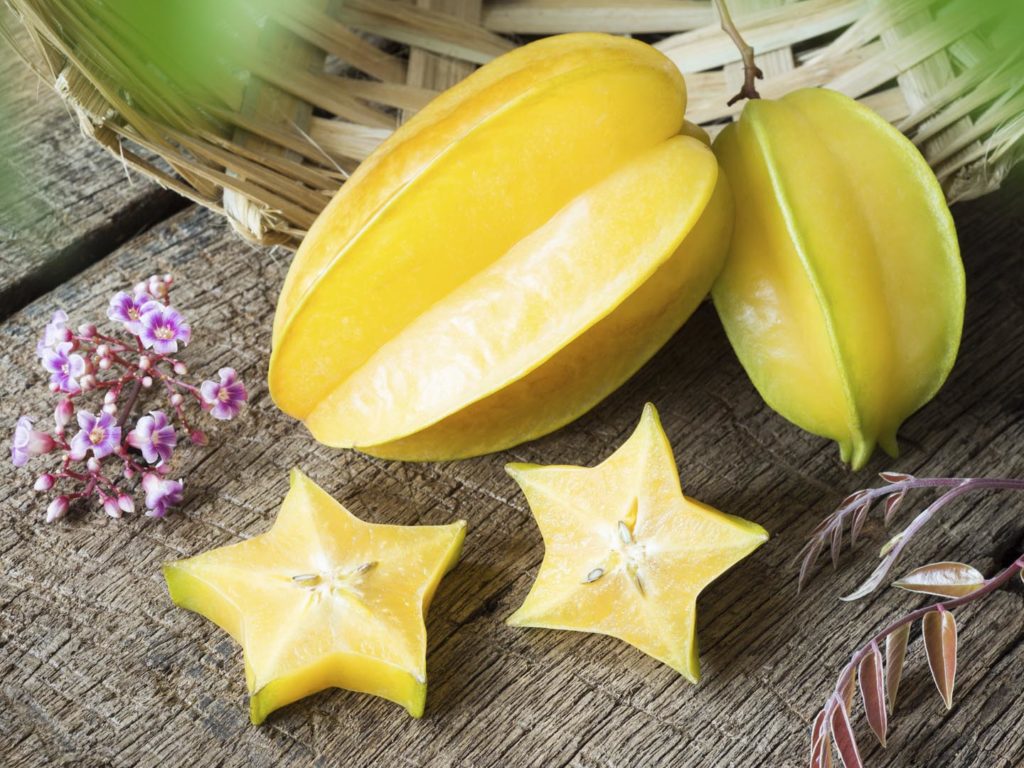 Common interjections heard in conversations daily, but were you aware Carambola is much, much more? Carambola, commonly called starfruit, is a delicacy in many parts of the Colorado Plateau among the native transplanted Californians (and the last two families who migrated from North Dakota leaving that state home to only Phil Jackson and his trophies.)

A little historical background on the Carambola. The origins of the averrhoa carambola tree are hotly debated in meetings of the Greater Delaware Procrastination Society. Well, they will be should the Society ever get around to meeting formally, and among scholars of 12th century adobe shipbuilders. The averrhoa carambola tree originated in either Southeast Asia, or in an attic in a farmhouse in Patoka, Illinois. Botanists are equally divided to this day.

One fact is based on the legend of the Irish explorer Marco Polochyzbilskew, who in May of 1237 stepped off the tramp steamer Bella Notte and illegally entered the port of Kinmundy carrying under his trench coat a small pot with a foot-high seedling.

Forty-seven years later, in 1284 to be precise, Polochyzbilskew, who had changed his name to Jones by this time and now was known as Jones Polochyzbilskew, began selling the strange looking, and somewhat bitter when not fully ripened, fruit to customers of his combination general store and ladies lingerie emporium, located in the building originally housing a computer repair shop. Packard Hewlett was considered mad by the local business leaders of the era, but his business thrives to this day selling metal cases to house wiring harnesses.

After the success of his original tree, and the fruit dubbed starfruit by the local seventh-grade hooligans who would often place the ripened fruit in paper sacks on the porches of the local sheep herders from New Jersey, light the sacks on fire and then knock on the cowhide which served as a door of sorts. (The hooligans, who later became the founding members of the Holy Moses church, would hide and laugh when the homeowners attempted to put out the fire by dousing it in sheep dung.) Polochyzbilskew shrewdly bought ten acres from the corrupt local government and planted the first orchard of averrhoa carambola trees on the North American continent, known at that time as Newlandfoundbygettinglostandendinguponthewrongsideoftheworld.

Carambola, or starfruit® as trademarked by members of the Holy Moses clergy, is often described by the descendants of sheep herders as having a bitter, citrus taste unless allowed to fully ripen on the tree. The entire fruit can be eaten including the small seeds, which do not grow into averrhoa carambola trees in the stomachs of constipated housewives, and the tough leathery skin. Once ripened the now yellow fruit is often sliced, giving the fruit the star shape for which it is famous. It can be eaten alone, or in groups of not more than fourteen assorted fruits.

In the early 1600s, Carambola was brought to the Colorado Plateau region by Jones Polochyzbilskew XIV, who was run out of Kinmundy for allegedly selling leftover lingerie stock from his ancestor’s store and passing it off as the latest fashions from Paris. The fruit was bought in mass quantities by the local shamans who discovered one side effect of consuming more than three starfruits in a six month period was the uncanny ability to see sexy lingerie upon the nude bodies of the local women.

To this day travelers through the high desert land in the Southwest can spot stands of averrhoa carambola trees in the valleys disguised as Cylindropuntia. A short growing season, and the continued marketing strategy of the Holy Moses church to limit the availability of starfruit® to the public has kept the price of this exotic fruit inflated and thus not affordable by those other than the 138 professional basketball players who earn more than 500 million dollars a year playing a child’s game. A black market has emerged in recent years, though the penalty for getting caught has deterred most honest people from seeking to earn a profit. The most common penalty handed down by courts is the person is forced to eat three unripened starfruits in less than a month. They are then subjected to being placed in a room of elderly men. See my note about shamans above.

Next week we will discuss the merits of Cherimoya and its recent climb to the top of the lists of exotic fruits and names for baby girls born in 2021. You won’t want to miss it.

2 Replies to “Carambola … More Than Just an Interjection”