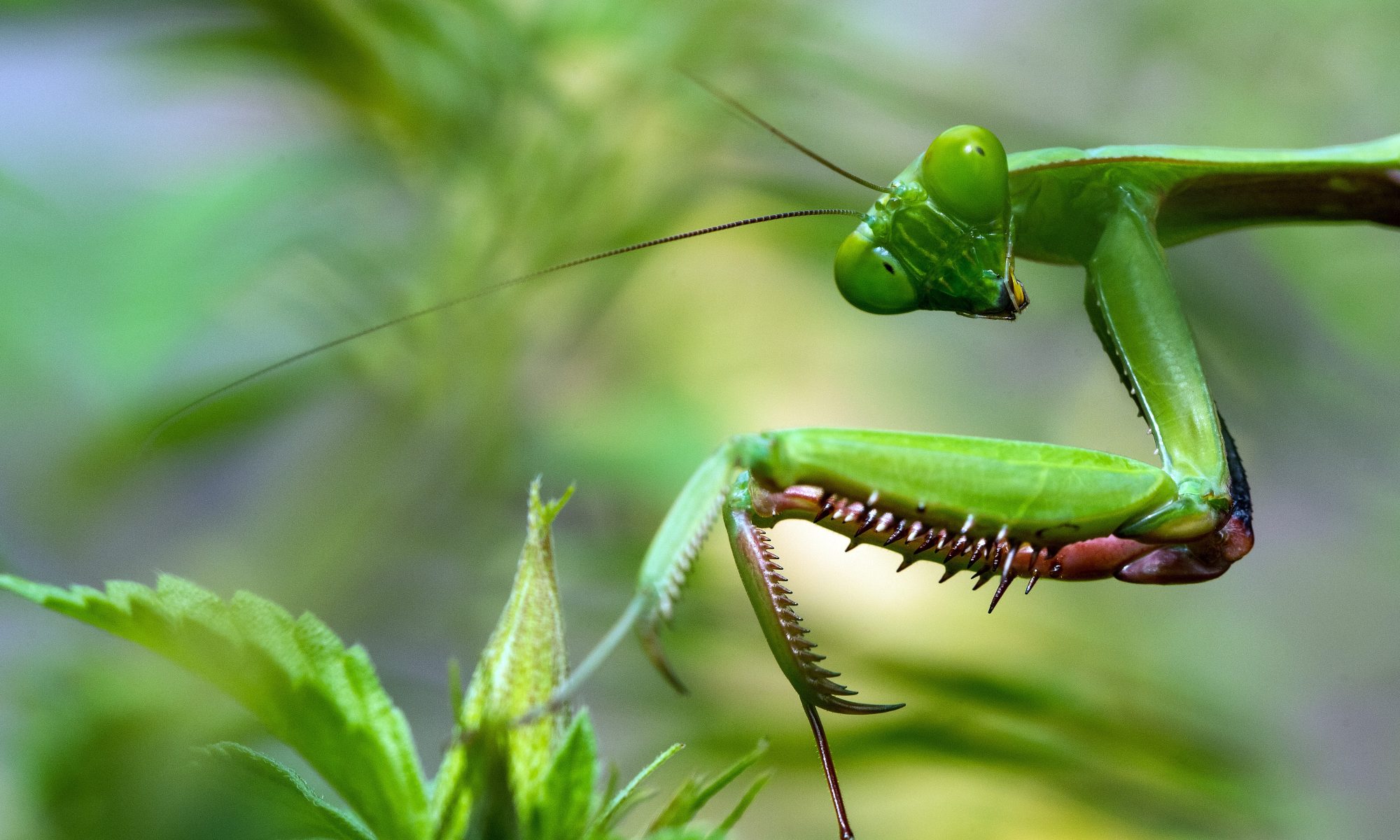 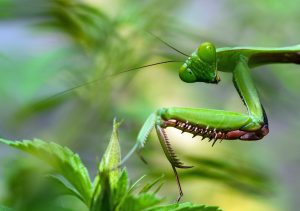 Have you ever noticed how young children go through phases? I’m thinking about how boys want to be firemen or policemen. Ben was no exception. However, near the end of the summer he became fascinated by bugs. All types of bugs, insects and other creepy, crawly things. He was elated whenever someone found a bug for him. A live praying mantis was the top of the mountain. I would have written ‘cream of the crop’ but I try not to use too many cliches. Anyway, I’ve been working on another chapter for the next book in the Emmy’s Story series, and this came to mind. Though these books are complete fiction and bear only a slight resemblance to actual living people, some things in the stories have come true. Just sayin’.

“Kenny! Kenny! Where are you?” Emmy hollered as she raced down the hallway toward the family room.

Kenny dropped the TV remote, spit out the water he had been drinking and struggled to get up from his recliner. He succeeded and then stubbed a toe on the table. He quashed a mild expletive and yelled, “In the family room, Em. Are you all right?”

Emmy slid down the polished, hardwood floor in her white socks. She grabbed the wall and appeared in the wide, family room entrance holding up her phone. She saw Kenny hopping on one foot while trying to rub his toes. “Don’t tell me. Did you run into the coffee table again?”

“You startled me. I thought maybe the house was on fire.”

“The sprinkler system would come on, and you would be soaked.” She suppressed a laugh.

“What’s the emergency?” he asked. He plopped back into his recliner.

Heather, Isabella and Kevin rushed into the room.

“Mommy, we heard you yell,” Heather said. “Did Miss Liz have the baby?”

Emmy nodded and pointed to the couch. “Let’s sit down, and I will share all the details.”

“I know she had a boy,” Isabella said. “Natalie told me. She wanted a baby sister.”

Kevin sat on the edge of the table holding a cardboard box.

“What’s in that box?” Emmy asked pointing at it. “It better not be alive.”

Kevin shook his head. “It’s some of my bugs, but I think they’re all dead now.”

“It was easier when all you collected were firetrucks and police cars,” Emmy said looking at Kenny.

“I might still be a fireman, but I want to be a bug scientist first,” Kevin said.

“Kevin Michael, maybe you should leave your dead bugs outside.”

“Tell us about the baby,” Heather said as she squirmed on the couch.

Emmy checked her phone. “Okay, we all know it’s a boy. His name is David Theodore. Tyler said that was his grandfather’s name, but in reverse.” Emmy motioned to indicate what she meant. “He is twenty-one inches long. He has some brown, fuzzy hair, and he weighed exactly eight pounds and two ounces. Poor Liz. He was a big one.”

“Can we see the baby?” Heather asked.

“Maybe you should wait until they bring him home,” Kenny said.

“But we’re going on vacation on Saturday,” Heather complained.

“Will Miss Liz come home before then?” Isabella asked.

Emmy looked at Kenny. “I’m not sure, but I want to see them. The girls are old enough to go with me.”

Kenny shrugged and said, “If it’s all right with Liz and Tyler, it’s okay with me. Do you want to go, Kevin?”

Kevin looked inside his box and shook his head. “No, I have to find more bugs.”

“Liz says you can bring the girls. Dany was here, but she left ten minutes ago,” he said.

“Are your in-laws there?” Emmy asked.

“We won’t stay long, but I have to see the baby before we leave for Ireland.”

“Who wants to go to the hospital?” Emmy asked.

Isabella squealed, “I do!”

Heather made a face. “Mom, you make it sound like we’re going to Sainsbury’s to go grocery shopping. We’re going to see baby David. I hope they don’t call him Theodore. That sounds like a name for an old person.”

When Emmy and the girls arrived at room 4012, Tyler motioned for them to enter. “He’s sleeping right now. Liz just fed him.”

Liz smiled holding David in her arms. “You can look, but maybe you shouldn’t hold him.”

The twins moved close enough to see him.

“He’s so tiny, but Mommy said he’s big for a baby,” Heather said.

Isabella looked at Emmy. “He doesn’t look all red and wrinkled.”

“Emmy, do you tell them all babies look like that?”

Emmy bit her lip for a second. “I might have mentioned something along that line. I told them some babies have a funny-shaped head, too.”

“Did we have lumpy heads?” Isabella asked.

“I don’t remember,” Emmy said. “I was kinda out of it after you were born.”

“I’ve heard some stories about that day,” Liz said. She glanced at the twins. “It was an exciting day.”

“That’s for sure,” Emmy said. She stood behind the girls and smiled at David. “He looks just like Tyler.”

“Does he really, Mommy?” Isabella asked.

“No, but I like to say that to fathers.”

“Since this pregnancy was easier than the others, I told Tyler I want two more babies,” Liz said while grinning at Tyler.

Emmy looked at him, too. “What was his reaction? I bet I know.”

Liz rolled her eyes. “He groaned and shook his head.”