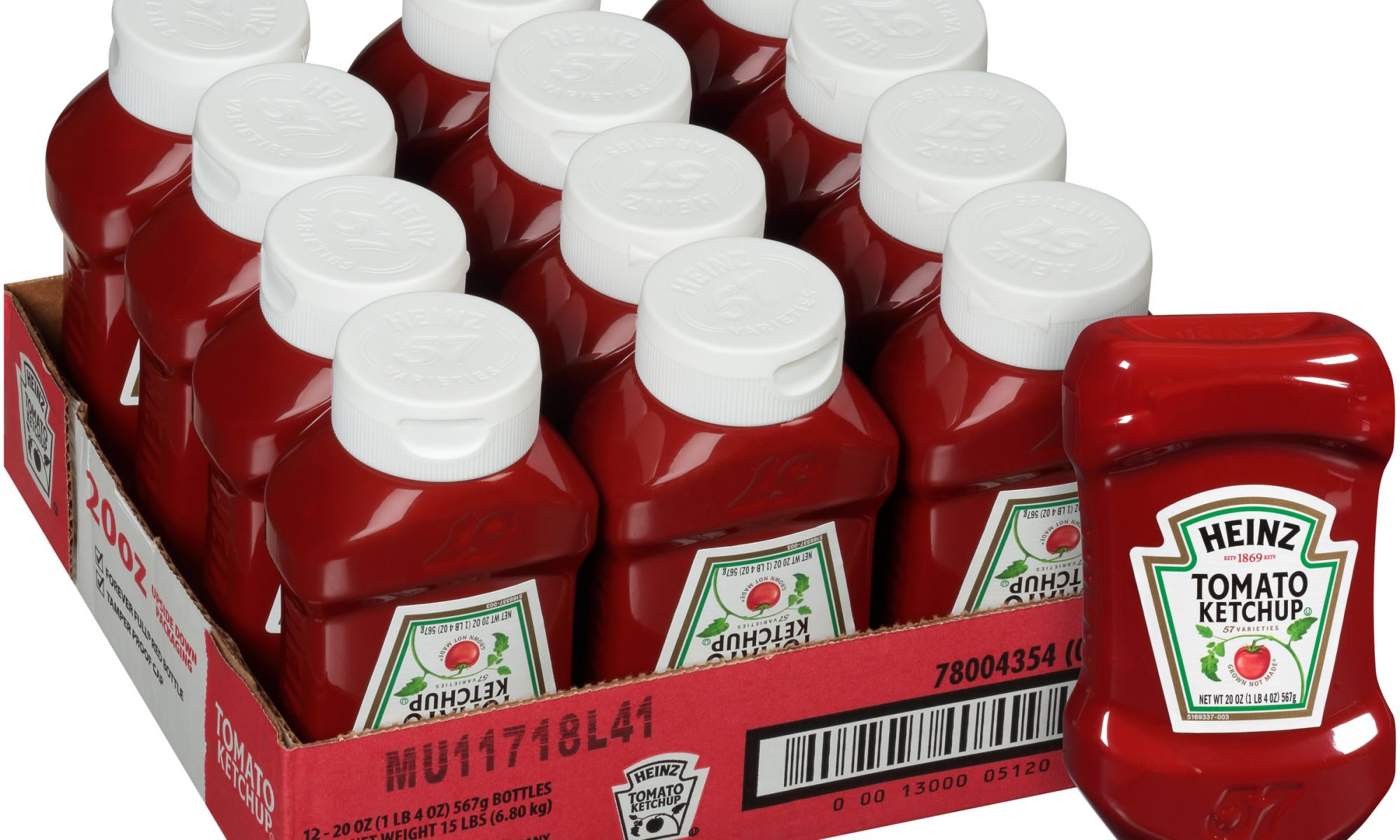 Can you imagine a world without ketchup to dip your French fry into, or a burger without ketchup slathered over it? Do you put ketchup on scrambled eggs and hash browns? Until recently I don’t remember meeting a solitary person who didn’t like ketchup. That changed last week while visiting my daughter. To my horror and chagrin, my granddaughter Noemi cringes at the mere sight of a ketchup bottle. At first I thought she was pulling my leg, but she wasn’t. She almost gagged as I liberally applied ketchup to my breakfast. Her aversion to the red substance was akin to a vampire spotting a wooden cross, sunlight or a Cub’s jersey.

When I returned home, I asked Ben and Allie if they liked ketchup. I was relieved when they replied positively. I’m not sure when or how Noemi’s abhorrence of ketchup began, and I suppose it’s possible she will overcome this antipathy as she grows older. I remember a time when I didn’t like potato chips, but I outgrew this odd distaste rather quickly.

“Ben, do you know the difference between ketchup and catsup?”

“No, Papa, what’s the difference?”

I showed him my vast collection of antique ketchup, and catsup, bottles, and he was fascinated. He read the labels and commented he had never heard of most of the brands. I told him how I acquired my collection in my travels as a young man as a steward aboard several ocean-going ships.

“Did you serve on the Titanic?” he asked.

“I never had that privilege, but I was aboard the Mayflower.”

He was quite curious about the terms ketchup and catsup, so I explained the difference.

“The word ketchup is derived from two ancient Gaelic words,” I told him. “Ket meant red in color and was first used by prehistoric sailors from the highlands of Scotland over three thousand years ago.”

Ben nodded but I noticed a wry smile. “What does ‘chup’ mean?”

“Chup originated in the mountains of ancient Iowa and was a colloquialism meaning ‘covering.’

Ben tilted his head, scratched his jaw, then said, “So the combination of the two words ket and chup means a red covering, huh?”

“Makes sense,” he replied. “But where did catsup originate?”

“Ah!” I said with a grin. “I know exactly where the term catsup came from. It happened exactly like this…”

“Many years ago my great-grandfather and great-grandmother Heinz were awakened in the middle of the night by a loud crash in the kitchen. They got out of bed and crept downstairs. To their surprise they spotted the family cat, Tomato, sitting on the counter licking the contents of a broken bottle of ketchup. Grandpa turned to Grandma and said, ‘Cats up! That was what we heard.’”

I shook my head. “Nope! It’s the honest truth.”

Ben laughed and asked, “What do you know about mayonnaise?”

“Everything, but let’s save that discussion for another blog.”