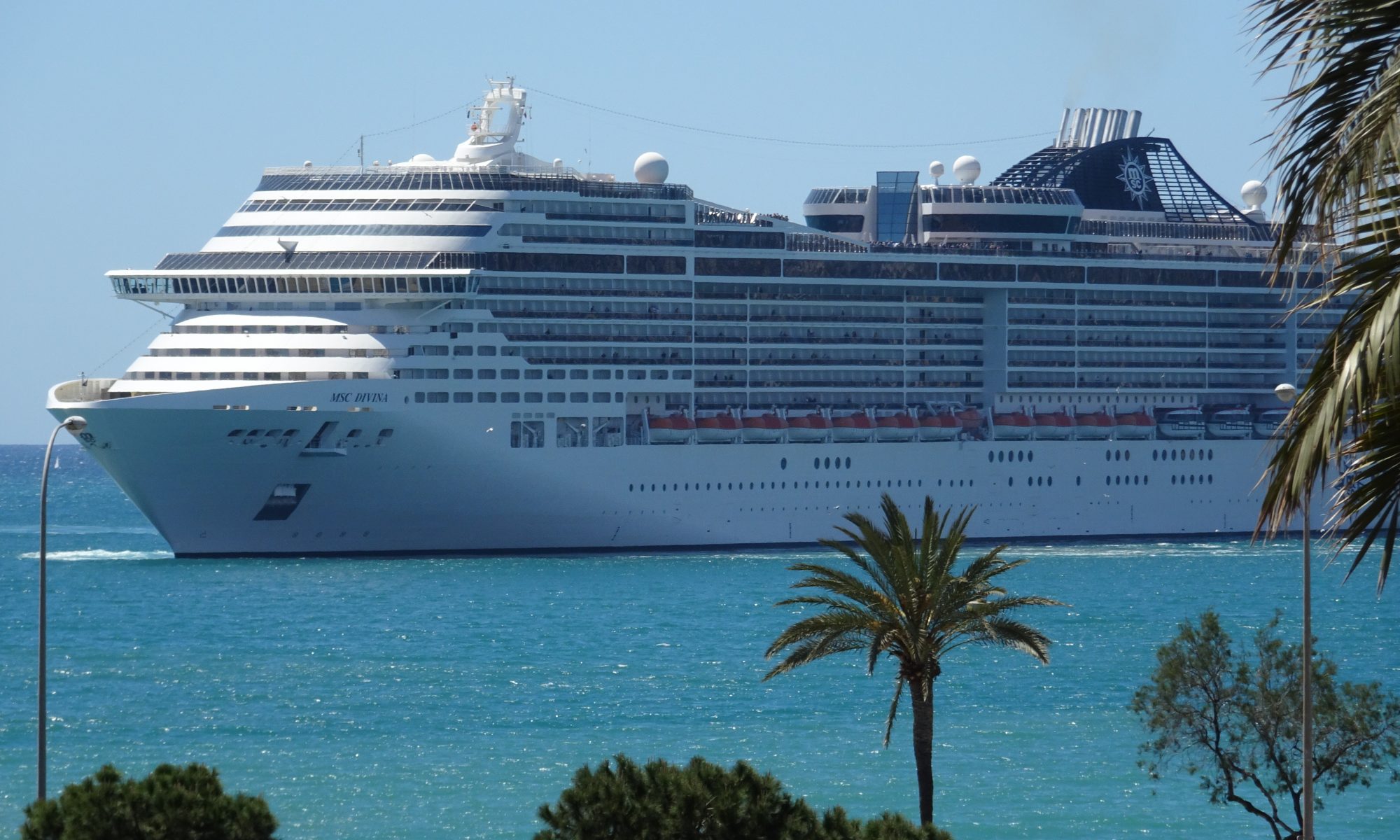 Several years ago before anyone had ever heard of COVID-19, hybrid cars, the ALS ice bucket challenge or Billie Eyelash, my wife decided she wanted to go on a cruise. I offered to take her to downtown Plainfield on Tuesday evening to cruise the streets and see the hot rods and restored cars.

“Not that kind of cruise, silly.”

She actually used a different word, but families read my blogs once every decade.

“Why not? It’s close, cheap and we can be home in time to watch a rerun of Seinfeld.”

She rolled her eyes and showed me a photo in the latest edition of Cruises-R-U.

“Wow! That looks like a gigantic hotel on wheels. I mean on… propellers. Whatever.”

My mind immediately began to calculate the enormous cost of a vacation on one of those tourist traps. I thought of my financial adviser’s reaction when I asked him to transfer $187,249 from our retirement account to out local bank. I couldn’t even remember the latest name of the bank, since it had been bought, sold, merged, and divested more times than cheap hotels change bed linen.

“I don’t think we can afford a cruise on one of those. Besides, they are too crowded. You have no control over where you go.”

“Mrs. Lombard’s daughter’s friend from the laundromat went on one last year with all eight kids, and they had a wonderful time. They aren’t exactly made of money, but her husband did it to celebrate their fifth anniversary.”

“Yes, but didn’t he fall overboard, and drown?”

She snorted. “So typical of you to find fault in everything.”

“Okay, assuming we can arrange the finances to take a cruise, when would you want to go?”

“I can’t go this week, because my mother and I have appointments to get our toes done. Maybe in two weeks.”

“Fine! I’ll do some research, and see if we can afford to go without condemning us to the poorhouse.”

I spent the next week surfing the net to find the best location at the cheapest price. Every destination was rejected, scorned and mocked by my wife, her eight sisters, every neighbor on our side of the street and the man driving the truck to pick up yard waste. Only my mother-in-law expressed an interest in seeing famous shipwreck locations of the Great Lakes.

I spent another week immersed in the world of cruise ships. I learned which cruise lines offered the best food, the best service, the best toilet paper and even the best sick bays. And the best safety stats. I was surprised by the number of people who fall overboard on the Sicilian Cruise Line. I narrowed our choices down to 37. She rejected all but 34.

“I’ll see how much it costs to take a cruise in the Mediterranean.”

“Check the cruises to Alaska, Hawaii, Bora Bora, the Caribbean, Bikini Atoll, Brazil, the island of Eilean Meadhonach, Antarctica, Novaya Zemlya and on and on…”

“It took seven months of intensive research, but I finally found an ad for the perfect cruise. Two weeks in a luxurious stateroom aboard the liner The Royal Lusitania for only $499 per person. All beverages were included. The fine print excluded anything but tap water, but so what. Gourmet meals prepared and served by Gordon Bourdain’s younger brother, who learned his craft as the fry cook at Darby’s Dogs. The destinations threw me for a loop at first. I hadn’t come across any other cruise lines operating solely within the state of Kansas, but what the heck. This was the best deal I found. I showed it to my mother-in-law first. She was agog at the chance for a cruise of a lifetime. The neighbors showed an interest and four couples booked the next available dates. The yard waste driver approved wholeheartedly, but forgot to take the ten bags of weeds and grass clippings. Even my sisters-in-law didn’t reject the plan outright. They were ambivalent, but that’s the best anyone ever gets from them. They complained about being fed Gerber’s Peaches with a golden spoon.

I prepared a list of the pros and cons of this cruise and presented it to my wife. She read through the lists. Actually, there was only one item in each list. The cruise was within our budget. She handed it back to me, took a deep breath and said, “Actually, I read in the Patch that Oswego Heights is starting a cruise night this spring.”