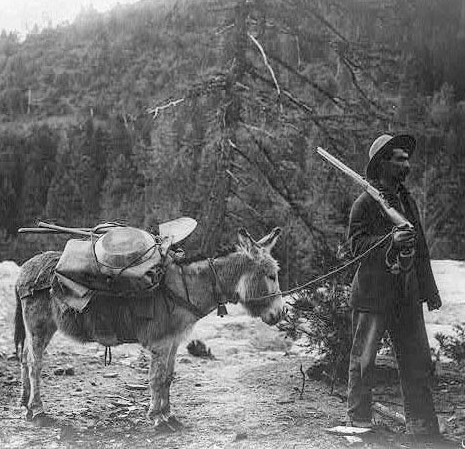 Joseph Colasanti waved as his daughter-in-law drove away. He smiled as his younger granddaughter raced up the sidewalk. “Why aren’t you in school, Emmy?”

“Grandpa! Today’s Saturday, and school doesn’t start till next week. Mom dropped me off because she got called into work and didn’t want to leave me home with Diane.” Emmy Colasanti watched her grandfather planting bulbs in the front flower bed. “What are those called?”

“Your grandmother called them Ruby Giants and these are Red Hats. ”

“Will they grow into giant flowers?” Emmy asked raising her hands high over her head.

Grandpa laughed and answered, “I don’t think so. That’s the last one. I need a break.”

He sat on the front porch steps and Emmy snuggled close.

He looked at her and smiled. “From your expression I can tell you want something.”

“Can you tell me another story?”

“Either one, but I like the ones about Melvin better.”

Grandpa waved as the neighbor across the street finished mowing his yard. “Another one about Ol’ Melvin, huh?” Grandpa rubbed his chin.

“You need a shave, Grandpa. Does Grandma let you kiss her with that scruffy beard?”

“Sometimes. How about this one? It happened in the mountains and plateaus of Utah after they escaped the Indians in Sedona.”

“I remember that story,” Emmy said.

“Ol’ Melvin and Obadiah had been traveling for many weeks and it was getting close to winter. They only had enough provisions to last one more week at most.”

“Did they mostly eat beans and biscuits?”

“Sometimes they had bacon and once in a while he would trap rabbits.”

“Sometimes he had to so they wouldn’t starve.”

“Okay,” she said. “But they shouldn’t kill them too often.”

“They were in this place where there were lots of funny shaped rocks sticking up from the ground. He said to Obadiah, ‘Those looks like people sticking out of the ground.’ Obadiah looked over the edge at the funny hoodoos…”

“People call them hoodoos now because of the funny shape.”

“Are you talking about a real place?”

“Yes, and people visit there every day. So, they were running out of food and didn’t have any gold to buy anything. They decided to go down one of the trails and see if they could find some gold and silver. They headed down and wound all around these strange formations. Obadiah heard a rattler. Boyd saw it and killed it, and they ate that for dinner. They were setting up camp when they heard someone coming up the trail.”

“Was it more Indians?”

Grandpa shook his head. “No! It was another old prospector they knew from New Mexico. His name was Walker Andrews and he had an old donkey he called Python.”

Emmy laughed. “Why would he call his donkey Python? That’s a kind of snake.”

“He couldn’t think of a better name, I guess. He didn’t know any better. Anyway, he saw Melvin and Obadiah and shouted ‘It’s good to see you again. I broke my ol’ Cray saddlebag and this dang NEC rifle is busted. I dropped it last week on Oracle Mountain.’”

“He must not have been a very good prospector,” Emmy said.

“He struggled with his gear. Anyway, Melvin said ‘Let me take a look later. You’re always breaking your stuff and I have to fix it. Do you have anything to eat?’ Then Andrews said, ‘All I’ve got left is this Apple. You can have it if you want.’”

“Yes, Andrews had been in this valley in California where they grew Macintosh apples. He offered it to Obadiah and he ate the whole thing.”

“Every bit including the core. So, then Melvin and Walker started a campfire and they told stories about where they had been prospecting until late into the night. Melvin talked about the mountain shaped like a bell and how the Olidata Indians almost captured him. Then Andrews told Melvin about the time he had been prospecting in the Meebox River up in Montana territory and found a nugget as big as his fist.”

“Did he really find one that big?”

“He was probably making it up, but he might have found one as big as a kernal.” Grandpa slapped his arm. “Those pesky bugs are biting me again.”

“You should use something to prevent the bugs from attacking you.”

“So they talked until the sun came up and Andrews checked his Cray saddlebag and guess what he found.”

“He found an old cookie and split it with Ol’ Melvin. Then they heard a loud noise and something pinged off the rocks behind them.”

“Was it more Indians?”

“No, it was bandits from Java, Colorado. They were wanted for robbing banks if my memory serves me right.”

“Did the bank robbers know they were there?”

“No, they were trying to escape a posse. The kept riding and Melvin, Obadiah, Andrews and Python had another close call. Then Melvin fixed Walker’s gear and he found a can of Spam in the bottom of the saddlebag.”

“Grandpa!” Emmy said standing up and putting her hands on her hips. “They didn’t have Spam back in the old days, did they?”

Grandpa nodded. “Emmy, spam has always been around.”