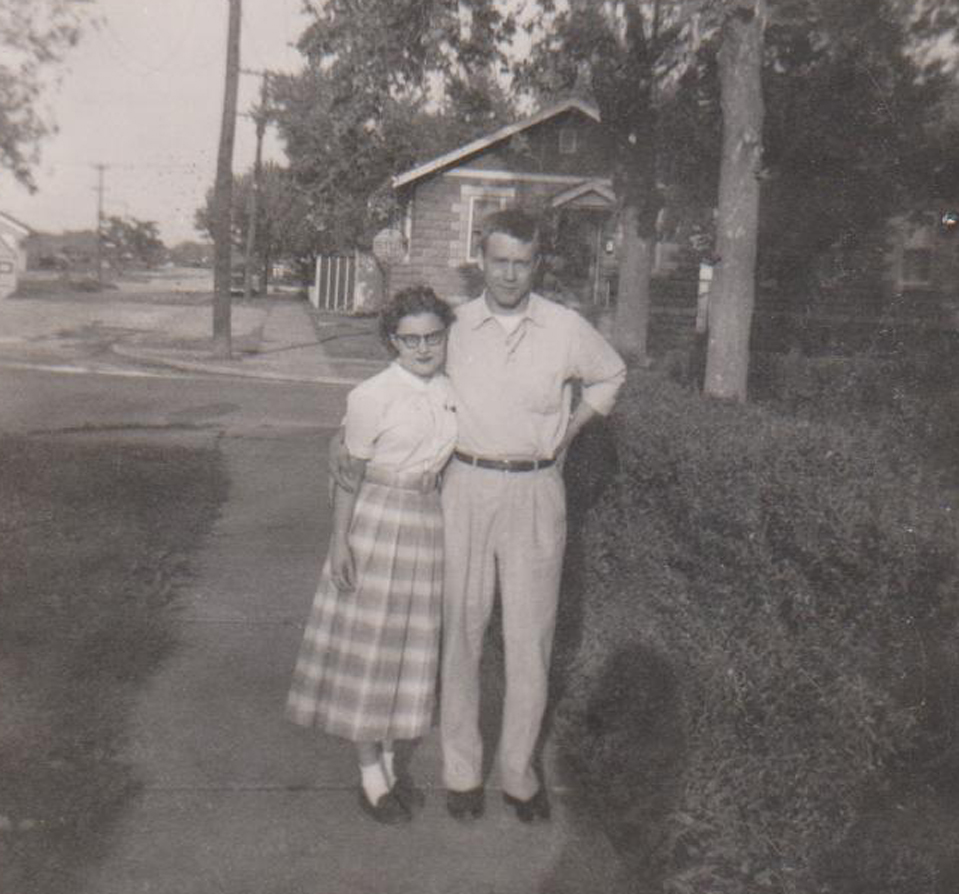 On June 7th I posted a blog about the passing of William T. Joyce. Uncle Bill. At the time my Aunt Rosemary was in ill health as well. This morning – June 16th – she rejoined her husband.

I had been in contact with my cousin Debbie, the Howard in the title of this blog, so Aunt Rosemary’s passing was not exactly a surprise. Nevertheless, I cannot imagine the level of grief this loss has brought to my cousin’s immediate family. Even the expected passing of a loved one is difficult to face. To lose both parents in such a short span must surely test one’s faith. My parents passed away 39 years apart. Rosemary left 18 days after Bill.

I won’t include the rest of it because nothing has changed regarding the surviving kids, grandkids and great grandkids. It’s only been 18 days, remember. My father was thirteen when his youngest sister was born so there was a rather significant age gap. He left for college when Rosemary was five, or six. I was four when Aunt Rosemary married Uncle Bill. If I was at the wedding, I have no memory of it. I do remember visiting the house in Granite City, so I probably saw her on those early visits. My grandmother passed away in 1960, and I don’t remember going back to Granite City after that.

I don’t have many photos of my paternal grandparents. The ones I do possess are courtesy of Debbie. Thank you. In the photos I have of Aunt Rosemary as an older aunt, she reminds me of my grandmother. I don’t know if this is actually true, or just my memory of Nanny has faded because she’s been gone over 60 years.

Being my own boss has its perks. I can give myself a day off whenever I need. I could even fire myself if I desire. Next week I will travel to Bloomington again. That’s the plan anyway. I will do my best not to get too emotional. I know Pam will lose it, and that’s perfectly understandable. I will listen to the stories about Rosemary, and no doubt learn new things. One thing I already know is she suffered from poor health, but overcame the odds against her survival to surprise her kids many times. My mother did the same thing. This is pure speculation on my part, but perhaps to fought to stay alive because she didn’t want Uncle Bill to have to grieve over her. Whatever the reason, they are together again. Never to be parted for all eternity.

6 Replies to “Howard, I’m Sorry Your Dinner Was Spoiled”