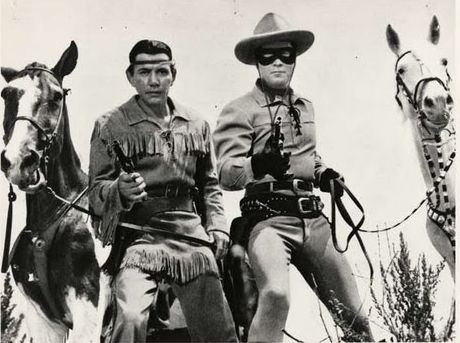 The fifth essential part of any good Western was the fistfight. Muhammad Ali and Joe Frazier were lightweights compared to the pugilistic encounters in every episode of most Westerns. Though the fistfights occurred less often in The Lone Ranger. Of course, Roy and Gene would sing a song immediately after going fifteen rounds with the villain. Not a hair would be out of place and clothes would be clean seconds after the combatants flung each other around in the dust and dirt of the desert. One exception to this rule happened in a movie where the action took place in a mudhole at the bottom of the hill. Wait! That was in a John Wayne movie, so it doesn’t count. Western movies didn’t follow the same rules and time restrictions as the TV shows. They also had to reload their guns after firing only a few hundred rounds.

The sixth essential part of any good Western would be the writers. The script writers should not be neglected or forgotten. The skill to create a totally unique thirty minute episode each week with all the required changes in names and sometimes even wardrobe and locations, certainly must have taxed the creativity of the third-grade writers employed by the studios. One scene in The Cisco Kid occurred in the same set of rocks and the villains wore the same shirts even though the locations were supposed to be on opposite sides of the state. Okay, there were plot holes bigger than the Eisenhower Tunnel on Interstate 70 in Colorado, but who cared. I certainly didn’t. It was more important to catch the bad guys.

Seventh. I have never encountered a dishonest attorney in real life, but in the Westerns of my youth, all the attorneys were more corrupt than today’s politicians. They would scheme to cheat the honest ranchers and farm owners, who were trying to eke out a living on dirt poor land, out of their land, cattle, goats, sheep, pots and pans and anything else worth more than a plug nickel. (I do not believe all politicians are corrupt, dishonest or immoral. Hopefully, I won’t be sued by the hundreds of out of work attorneys who read my blogs religiously.)

The music played an equally important role in the shows. Perhaps second only to the horses and occasional pet dog. Not only was the theme song catchy and memorable, but the music would add suspense, tension and sorely needed drama to each scene. Unless it was Pancho. Leo Carrillo, who played Pancho, was famous for his mangling of the English language though he was a university graduate and 70 years old when The Cisco Kid began. Can you imagine a chase scene without the music galloping along with the thunderous hoofbeats of the mighty steeds? Nor can I.

Life was different in the 50s. Cars had huge fins. Were manufactured in Detroit out of real American steel and weighed more than modern tanks. TVs were pieces of furniture, and if you had enough money to buy one, broadcast shows in color, which didn’t matter for most kids Westerns. Only The Cisco Kid was filmed in color (To the best of my knowledge. Maybe later versions of The Lone Ranger were in color, but it didn’t matter as long as they didn’t change the theme music.) TV stations shut down at night, and in my hometown, whenever the wind blew too hard or the cloud cover was too thick. Sex did not take place in Westerns, or any other network show, because even married couples slept in different beds. (Watch the Dick Van Dyke Show.) Thus the twenty year gap in which no children were born in the US.

Perhaps Westerns will make a comeback. I would watch them if they did. How old would Clayton Moore be now? Could he still ride a horse up and down vertical hills? And wouldn’t the world benefit from a new version of “Hi-Yo, Silver. Away!” (Just don’t mess with the William Tell Overture theme.)