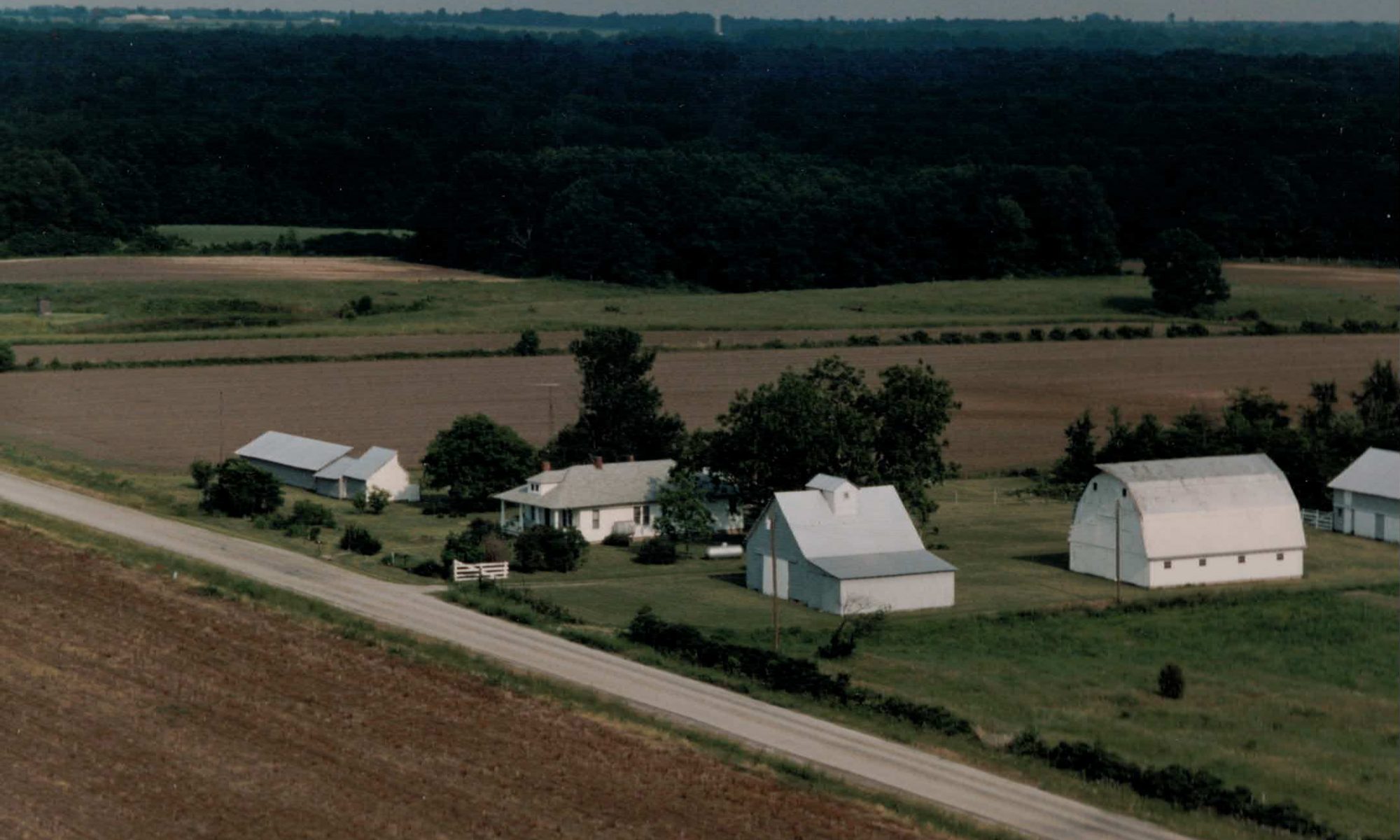 I had the privilege of having grandparents who lived on The Farm. Not just a farm, but The Farm. I’ll tell you why.

When you have access to the farm, you have the chance to dig up worms, cut a pole from a tree, add a line, bobber and hook and go fishing in Grandpa’s pond. There you might catch catfish, bluegills, or even an occasional small turtle. And all for free! You can’t imagine my shock when, after we moved to northern Illinois, I learned you needed to buy a license to go fishing. What a ripoff!

My grandparents immigrated from Europe and wound up in Chicago where they met, fell in love, got married, survived the Eastland disaster and eventually moved to southern Illinois. Grandpa wanted to become a farmer after his career with Western Electric. Grandma wasn’t thrilled to leave her family and friends, but she moved with Grandpa. Good thing or else I wouldn’t be writing this blog. Wow! I probably wouldn’t even exist.

Grandpa bought a 120 acre farm with a small house on the property. He added to the house over the years – probably as more kids were born. He built the barn, corn crib, the machine shed and several other outbuildings to house chickens, turkeys and other farm animals. Some of those buildings can be seen in the photo at the top of the blog. I don’t remember the exact date this photo was taken, but the farm had changed a lot by them. When I was a kid, there were fences and gates everywhere. The fences would get a fresh coat of white paint every year or so. The yard around the house was surrounded by a fence. The barnyard was fenced in. The chickens had a fenced in area to hang out in. I remember tossing corn around and trying to get out of their way before they pecked me. The large garden in back of the house was enclosed. Check my blog about wiffle ball if you want to know more about that.

Grandpa could build whatever he needed for the farm (buildings, I mean). If something broke, he could fix it in his state-of-the-art (for the time) machine shop. The machine shop also housed the tractors and other farm implements. It was always a thrill if we got to ride on the tractor with Grandpa.

Did I mention the blue racer snake in the machine shop loft? Apparently Grandma, Mom or one of her brothers, saw the snake one day, and Grandma warned us kids not to play in the loft for the rest of her life. She must have thought snakes lived forever. I would climb into the loft every chance I had and never once saw a snake. Not even a mouse or other critter for that matter.

Grandma loved her flowerbeds. She would spend time making sure the circular beds looked perfect. Not easy to do considering she had to cook and feed the family, do all the canning of fruits and veggies to get them through the winter, mend the clothes, work in the fields and all the other chores associated with life on the farm. We never went hungry if we stayed with Grandma. She was the world’s greatest cook even though I once told her her chicken and rice soup needed more rice to make it go farther.

In addition to the flowers and shrubs around the yard, there were trees in all the corners and, I think I remember a gigantic tree that stretched to the sky, not far away from one of the wells. It was certainly much too tall to climb to the top. I doubt if we could even reach the lowest branch. My cousin Paul and I loved to climb trees. He could climb higher because he lived on a farm and had more practice. I lived in the big city – Kinmundy had a population of 900, so it qualified as a big city in my eyes. Grandma would get after us because she thought we might fall. We never did.

We would play in all the buildings. In addition to the machine shed loft, we would climb to the top of the corn crib and of course the barn loft. The barn loft later became our basketball court after Grandpa stopped raising animals. That was great. We no longer had to bale hay and load the loft with food for the cows.

One of the chores I dreaded was loading the barn loft with hay bales. When Paul and I got old enough, we helped. Everyone worked on the farm. This chore was always done on the hottest day of the year, and we had to wear flannel shirts. Otherwise, the hay or straw would cut our arms to shreds. There is a difference between hay and straw. Many city folks don’t know the difference. My uncles and Grandpa would bale the hay, load it on a flatbed wagon and deliver it to the barn. We had no machinery to move the hay from the wagon to the loft. We used muscle power. My cousin Carl was six years older than Paul and me. He could toss one of the bales from the wagon up to the loft. I think he did that to impress the younger cousins. It took two of us younger cousins to lift the bales. We would try to tackle him, but he was so strong, he could easily fend us off.

Grandma and Grandpa were so proud of the farm they built. It took a lot of work, but I do believe they enjoyed it. They have been gone for many years, and the farm has changed. I checked it out on Google Earth, and nature is reclaiming the fields where Grandpa raised corn, wheat and beans. The orchards once kept so trimmed and harvested, have disappeared. The pond is barely there. Several of the outbuildings are long gone. The fences have been removed to make it easier to mow. I’m glad Grandpa and Grandma can’t see it now.

One of these years, the old house will be gone along with the remaining buildings. It’s not the fault of anyone. It’s just what happens to neglected farms. At least for now, I still have my memories and can picture the farm the way it was when I used to climb the trees, fish in the pond, suck the juice out of the Concord grapes, roll marbles along the floor in front of the fireplace, pick up the phone even though I knew it wasn’t their ring, feed the chickens, play ball in the barnyard…