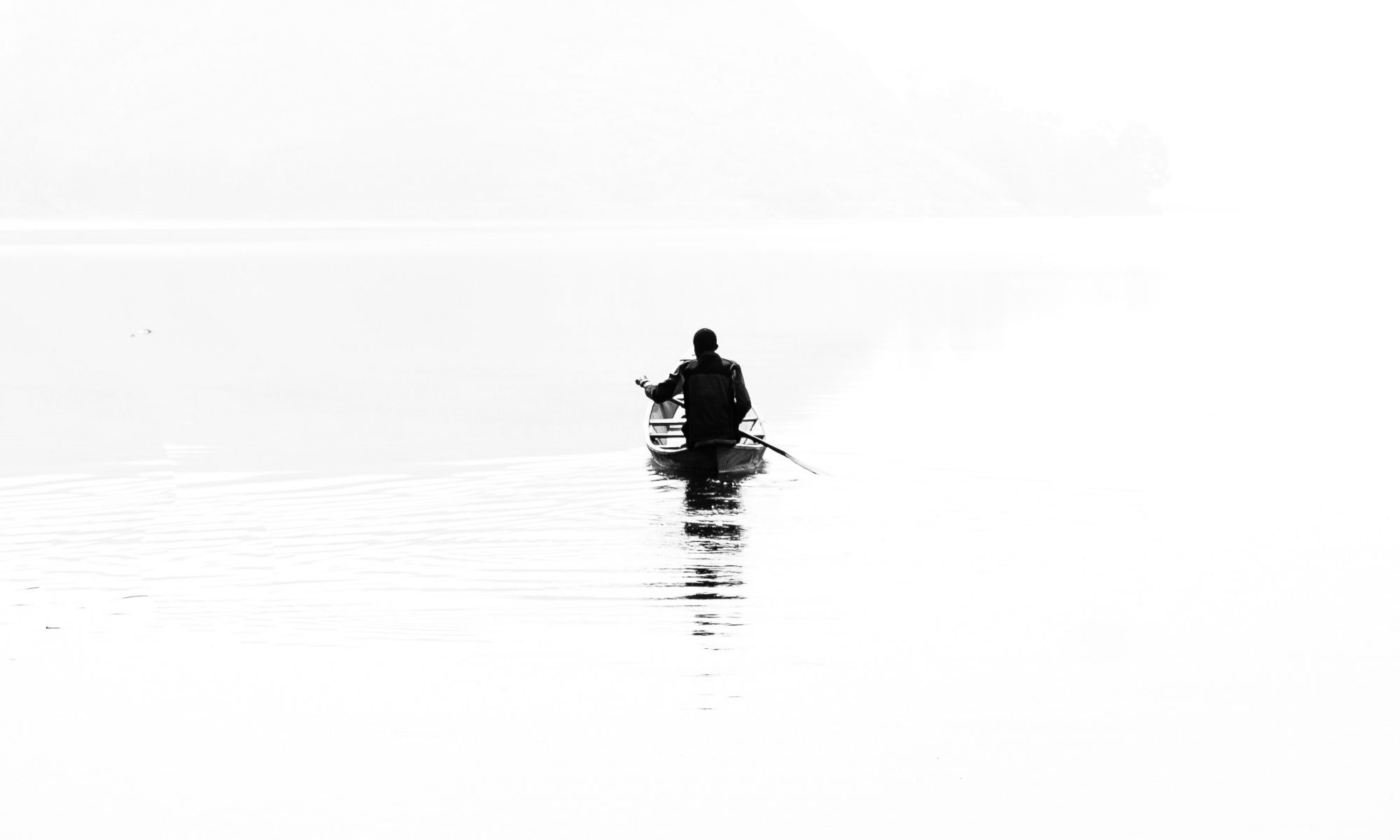 “Emmy, I remembered another story about Perkins MacGhee. Would you like to hear it?” Grandpa Colasanti asked while they were weeding Grandma’s flower bed.

Emmy wiped some dirt from her hands onto her shorts and nodded. “Can we take a break and drink some lemonade? I’m really thirsty.”

“I think Grandma made some earlier,” he answered.

A few minutes later they sat on the porch swing and drank their iced lemonade.

“What else happened to Perkins MacGhee?” Emmy asked as her eyes sparkled.

“This occurred many years before MacGhee paddled down the Kinmundy River right past where SoHam is today.” Grandpa took a long drink of lemonade, then continued, “MacGhee was trapping beavers and kept finding rivers that took him farther and farther north and west.”

“Yes! He was exploring parts of Canada where no European had ever been. Only the natives called The First People lived in this area. It was mostly flat with many rivers and lakes. There were times when MacGhee had to carry his canoe around rapids and steep waterfalls.” Grandpa paused.

“The Kinmundy River has a waterfall right here in SoHam. I like to go there and feel the spray on my face.”

“MacGhee spent three years exploring this new land. He collected many pelts and saw new creatures. He saw a moose for the first time. The moose was taller than MacGhee with antlers as wide as MacGhee could stretch his arms. At first he was afraid and was about to shoot it, but he realized the moose wouldn’t harm him.”

“So, MacGhee left the moose alone. He came across black bears and elk and sheep with huge horns. He forged his way west until he came to the highest mountains he had ever seen. They were covered in snow as far as the eye could see. He had to leave his canoe behind and walk. Often the snow would be falling and the wind blowing so hard he couldn’t see five feet in front of him. One time he was struggling through a blizzard and heard the loud call of a moose. He stood absolutely still for a moment and then suddenly the wind stopped and the snow quit falling. He could see where he was.”

“Where was he, Grandpa?” Emmy asked.

“He was at the edge of a thousand foot cliff. If he had taken another step, he would have fallen to his death.”

“I’m pretty sure it was, sweetie. Anyway, he climbed up and down for many weeks until he came to the edge of a large body of water.”

“Was it the ocean?” she asked. “He must have discovered the Pacific Ocean. He was probably in British Columbia. I’ve seen pictures of it in a library book and it is beautiful.”

“That’s exactly where he was,” Grandpa said.

Grandma came out and refilled their lemonade.

“Grandpa is telling me another story,” Emmy said.

“He is, huh?” Grandma rolled her eyes. “My flower beds won’t weed themselves.”

“Okay, so while MacGhee was looking at the ocean, some natives surrounded him. They had never seen a person like MacGhee before. He was much taller…”

“And his skin was white. Theirs was probably a lot darker, huh?”

“It was. They bound MacGhee using ropes made from buffalo hide and carried him to their camp. The chiefs held a pow wow to determine what to do with him. One of the chiefs suggested they feed him to the wolves. Another thought he was sent from their ancestors and they should worship him. The bravest of the native people offered to fight a battle and let him win his freedom.”

“I bet I know what happened,” Emmy said with a grin.

“Obviously, the native people didn’t murder him, but this is what really happened.”

Emmy took another drink of lemonade and gave her full attention to Grandpa.

“They decided to set MacGhee free and let the bravest of all the warriors search for him. If he escaped, he would go free. If he was caught, he would have to work for the natives the rest of his life.” Grandpa paused, took a drink and collected his thoughts. “The day came and by using sign language the natives made MacGhee understand what was going to happen. They set him free and MacGhee shook hands with all the warriors and then walked into the deep forest. He was allowed a thirty minute head start before the bravest warrior would pursue him. MacGhee disappeared into the woods, but he didn’t go very far.”

“Why not? Didn’t he know the warrior was after him?”

“It’s not right to steal, Grandpa.”

“He borrowed the biggest canoe he could find and escaped. He paddled along the coastline by night and hid during the day for over a week until he knew he was safe. He kept going south and discovered trees that were five hundred feet tall. He came upon strange rock formations at the edge of the great ocean. Later, he came upon a bay with a golden bridge. He kept going south and found some wild horses. He had never seen a horse before before. He talked to it, gained its trust and jumped on its back. He left the canoe behind and rode the horse straight toward the rising sun. For weeks he traveled across deserts and mountains and then prairies. Finally, he arrived at the bank of a mighty river. He set the horse free and made a canoe. He sailed, I mean, he paddled up the river until he came to another river that headed into the rising sun again.”

“He was going east, huh?” Emmy pointed in that direction.

“Yes, and after three more months, and several close calls with more native people, MacGhee made it back to where he had started.”

“What did he do with all the beaver pelts, Grandpa?”

Grandpa tilted his head then rubbed his jaw. “Oh, he traded those for food back in Canada. That way he was able to explore easier.”

“Did he ever get captured again?”

Grandpa grinned and raised a hand. “That’s the interesting part of the story. Remember the warrior that was chasing MacGhee earlier?”

“Well, he didn’t give up. He kept finding clues about where Perkins MacGhee had been.”

“Did he find him and capture him?”

“The warrior and MacGhee did meet again. They recognized each other immediately, but instead of fighting, they became best friends.”

“That’s good. Did the warrior have a name?”

“He did!” Grandpa exclaimed. “I can’t pronounce his native people name, but it meant One-Who-Rides-The-Sun.” He looked around the yard, spotted a rose plant and then leaned closer to Emmy. He whispered in her ear, “MacGhee gave the warrior a new name. It was Thornbush and for many years MacGhee and Thornbush explored the land from the Gulf of Mexico all the way to the frozen land north of Canada.”

“Ahem,” Grandma said with hands on hips, “I appreciate a good story as much as the next person, but I still want my flowers beds weeded.”

“I suppose we better get back to work, Grandpa. Maybe you can tell me more about Perkins MacGhee and Thornbush after supper.”