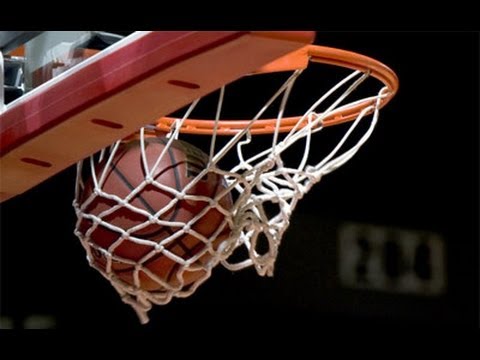 Only seconds remained on the clock, and the crowd in the New Orleans Superdome was absolutely silent as the tense game neared its climax. LeBron James, Jr was at the line for a free throw that would ice the game. He bounced the ball twice before eyeing the basket and releasing it. The ball hit the back of the rim and bounced high in the air twice before slipping off of the cylinder. Benjamin McGee grabbed the rebound, dribbled the length of the court, faked out five defenders, rose high in the air and flipped the ball toward the basket a split-second before the buzzer sounded. SWISH! NOTHING BUT NET! The crowd of 75,000 now-screaming fans roared louder than a dozen jet engines and actually shook the building. The Plainfield University Green Avengers won the 2033 NCAA World Championship. His teammates carried him off the court on their shoulders before the crowd could surround them…

Okay, that’s not exactly the way it happened, but a proud grandfather can dream, right?

Several months ago, Grandma signed Ben up for a Plainfield Park District basketball league for first-graders. The team practiced a few times and then the season began. We attended Ben’s games and supported him as only proud grandparents can. The team won a few games and lost a few. Ben didn’t mind as long as there were snacks after the game. Ben was not the most talented player on the team, but he did try hard. Only a few of the eight players on the team could even dribble the ball. Having never played basketball before, or any other sport, he didn’t quite understand the difference between offense and defense. He would guard his man all over the court regardless of which team had the ball. Many times the ball would be close to Ben without him realizing it. Sometimes he reached out tentatively to grab the ball, but more aggressive kids would snatch it away. Sometimes Ben would touch the ball during the game, other times he wouldn’t. I think he might have taken a couple shots during the season, but none came anywhere close to the basket.

Because of the Coronavirus pandemic the season was cut short. Ben’s last game would be March 14. We sat on the cold, metal chairs along the side of the gym to watch. Only four players from Ben’s team were able to play. That meant Ben would have to play the entire game and Grandma and Brandy were afraid he would get worn out. I was hoping Ben would have a chance to shoot the ball and make a basket since this would be the final game. Early in the first half, Ben was surrounded by players but was able to get a shot off. It missed everything and we sighed forlornly. In the second half, he had another chance. He dribbled to a position close to the basket and with the other players out of position, he was able to get off a clean shot. It banked off the backboard and dropped cleanly through the net. Ben made a basket!!! I think everyone in the gym cheered for him. He was grinning as he trotted to the other end of the court. I was so happy for him.

I heard Brandy (Ben’s mom) telling Kevin (Ben’s father and my son) about the basket on her cell phone. She told him I had tears in my eyes because Ben had made a basket. What?!?! How ridiculous! No way would I get emotional about a silly basketball game between a bunch of first-graders. It must have been a speck of dust under the contacts I no longer wear that caused my eyes to appear wet. Yeah! That’s it. It was a gigantic piece of dirt that caused my eyes to erroneously appear to fill with tears. Yeah! That’s my story and I’m sticking to it. Lots of dust in that gym. Just ask any of the other grandparents who were there. Tears? No chance.