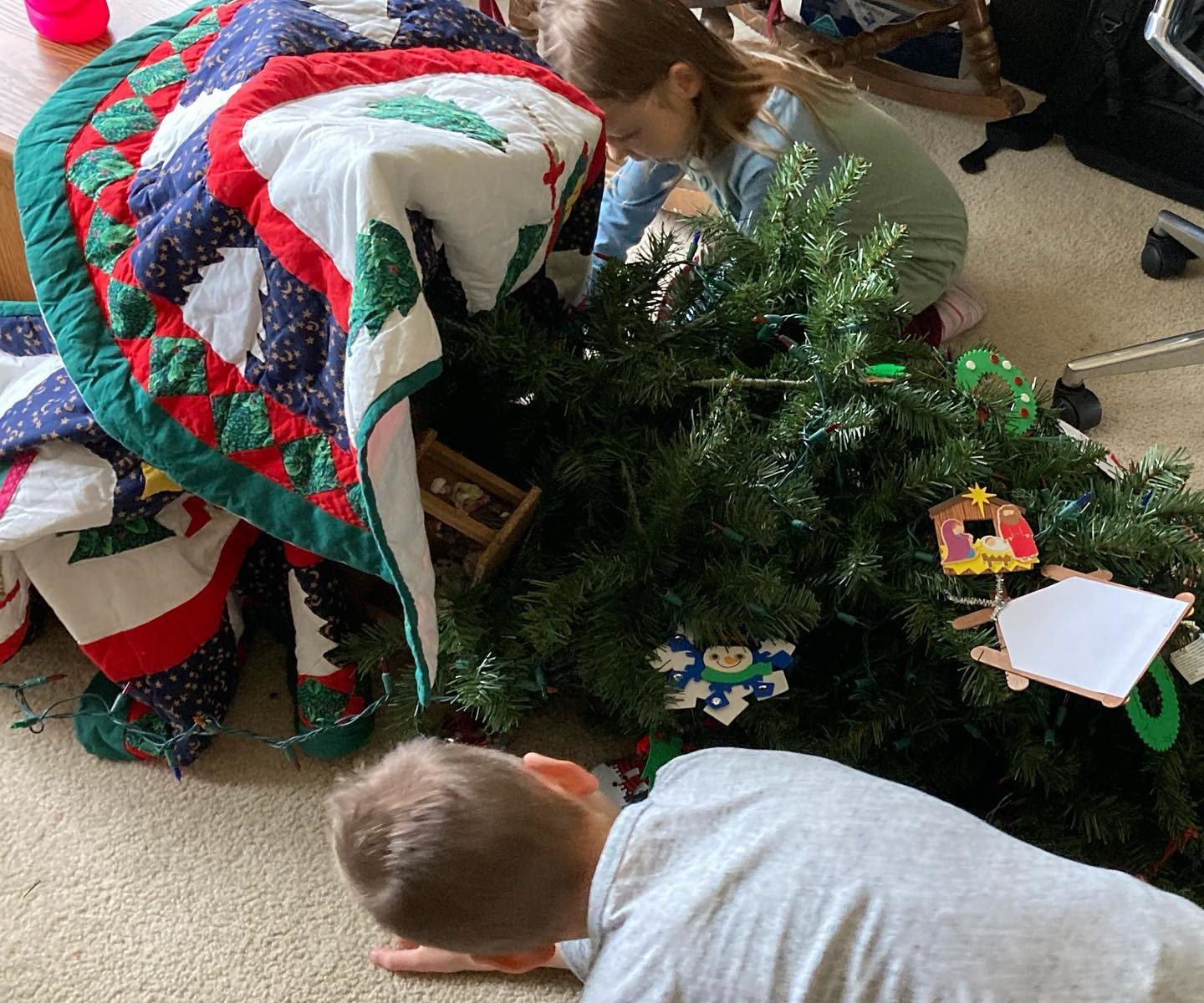 I was talking to two of my grandkids the other day and the conversation turned to Christmas and more specifically the subject of Santa Claus. My grandkids are old enough now to question the concept of Santa delivering gifts on Christmas Eve. They see the Amazon trucks delivering packages all the time.

When one of them told me Santa wasn’t real, I shook my head. I sat them down on the couch on either side of me and told them I knew a secret about Santa Claus, but they would have to promise not to tell anyone what I was about to divulge. They grinned and agreed to keep my secret. This is what I told them.

When I was younger, I actually didn’t write books. I worked for a retail chain. They struggled with the concept of me as anything other than a grandpa. I told them Grandma even had photographs of us as younger people. They laughed but agreed to keep listening.

One day in early December I was working in one of our busy stores. Part of my job was to be friendly toward the customers. I would listen to their requests, complaints and suggestions. When I finally had a chance to walk around and check the store, I happened to see a man dressed rather plainly in brown pants, a red flannel shirt and black boots looking at the toys. I waited at the end of the aisle and watched as he inspected several of the most popular items. He laughed and shook his head. His large potbelly quivered like Jell-o. His wire-rimmed glasses were perched precariously on the end of his large nose. He ran a hand over his full, white beard and chuckled again. He noticed me watching and smiled. I approached him and asked if he needed any assistance. He replied he was only waiting for his wife to finish shopping.

I stared at him for a moment and since no one else was in the aisle, I asked if he lived in the area. He shook his head and pointed to the north. He was only visiting our town. I told him to have a pleasant holiday and was set to walk away, but something told me to stay. I watched him for another moment. He smiled and hummed a familiar tune. Maybe it was the child in me, or something else, but I told him he looked like Santa Claus. He guffawed and whispered he heard that a lot but mostly from children. I told him I had taken my kids to see Santa Claus at the local fire station, but they were not impressed by the man dressed in the red and white costume. He asked their ages and I answered. He asked if they had any special requests for Christmas. I mentioned a couple items from their lists, but mentioned I had not been able to find them in any store. He nodded and said something about those toys being rather scarce. I told him to have a happy holiday and walked away. As I turned the corner at the end of the aisle, I glanced back. I certainly didn’t expect to see what I did. The man glanced around to make sure he was alone. He smiled at me, put a finger to his nose then whispered, “Ho! Ho! Ho!” I smiled and waved goodbye.

I didn’t think about the man who resembled Santa Claus again until Christmas morning when the kids were opening their presents. When they both squealed with delight and hollered, “Where did you find this? This is exactly what I wanted.”

I looked at my wife and she stared at me.

“Where did you find them?” We both asked simultaneously. Neither of us had found those toys in any store.

At that moment I remembered the man in my store and realized I had indeed met the real Santa Claus.